Seattle’s Only Cask Ale Specialist Expands to the Central District 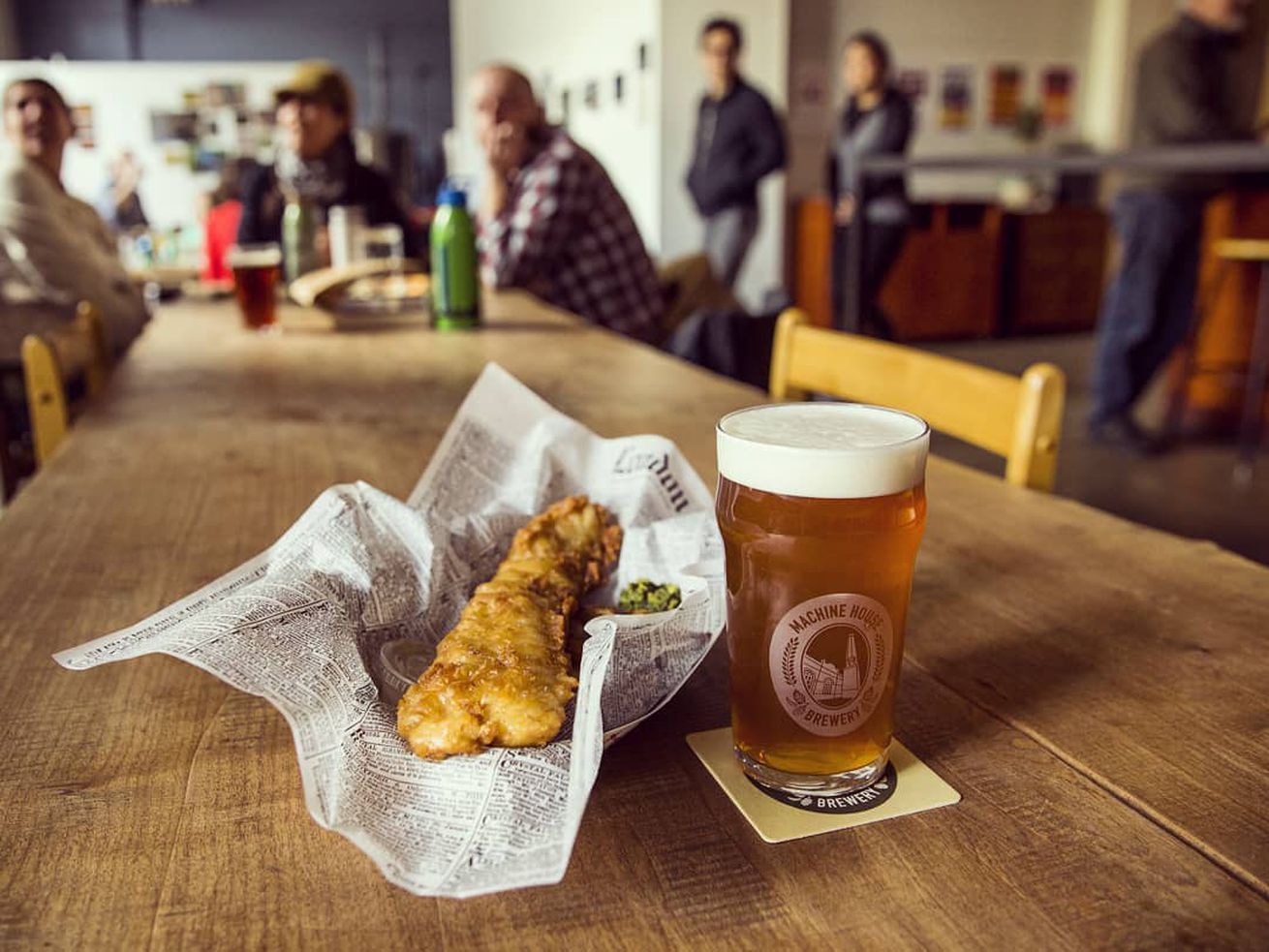 Georgetown’s Machine House Brewery, which has cornered the Seattle market on English-style cask ale (sometimes known as “real ale” for its natural carbonation), is finishing its Central District expansion and hoping for a June opening. The new taproom at 1315 E. Jefferson, next to outstanding French-meets-Northwest restaurant and bar L’Oursin, will pour ten cask-conditioned beers from custom English beer engines alongside a small food menu, televised football (i.e. soccer) games, and a small patio.

Machine House, founded in Georgetown in 2013, has earned its place on the list of Seattle’s essential breweries for its excellent cask ales, which are naturally re-fermented in the serving vessel and therefore don’t carry the hefty artificial fizz of most modern beers. The cool “cellar temperature” they’re served at also means these beers aren’t ice-cold, which can put off unfamiliar drinkers but also allows fuller flavors and aromas to express themselves. And many are “sessionable,” with a lower-than-average alcohol by volume — they might stick close to 4 percent rather than 7 or higher — which allows a customer to drink several over a session without fear of quick intoxication. Because of the added complications of making and selling these beers, a lot of breweries and bars can’t or won’t serve them — or at least not well, which is part of the reason Machine House is expanding, as the company told the Capitol Hill Seattle blog in January.

While Machine House plans to add a couple of rotating guest taps to the new taproom, it will pour mostly house ales, like a stinging nettle amber, oyster stout, single hop Comet pale, imperial stout, and winter warmer. The food menu is still being finalized, but co-owners Alex Brenner and Bill Arnott are planning on English pub grub.

The brewery is raising money for its construction efforts via a Founder’s Club. It’s hoping to recruit 150 memberships at $400 each, which includes perks like a T-shirt, commemorative mug, $1 off pints and growlers, and access to members-only events and discounts.

Thankful, Party of One

Getting around Portland and Vancouver on the 4th of July: Free parking, TriMet s…

5 things to know about this week's Portland area commute